OSM Aviation won in the category “Pilot Training Center of the Year”, being the second year in a row OSM Aviation wins this prestigious award, and “Step Forward in Aviation Training” two categories set to unveil the best of the best in the field of aviation training, focusing on the most outstanding initiatives. 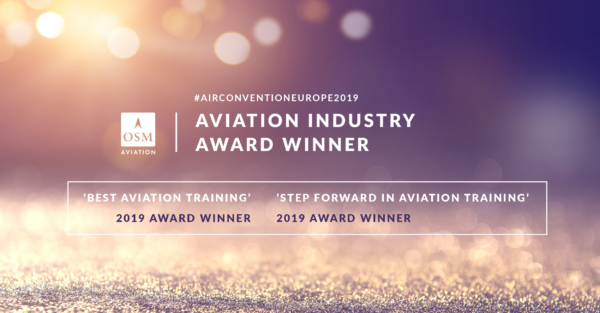 OSM Aviation was recognized for being the most attractive training school for cadets and having the most promising opportunities after finishing the training program. The awards were accepted by the OSM Aviation CCO/COO Fredrik G. Øygard and Sales Manager Karim Ayari.

OSM Aviation would like to thank everybody for their vote and feel very honored receiving these awards. This marks yet another huge milestone for OSM Aviation and the OSM Aviation Academy in our mission of shaping the future of aviation.

Do you want to explore our training services? Read more about OSM Aviation’s Training Services.