Ft. Lauderdale, Florida—At the heart of OSM Aviation are the more than 6000 colleagues who drive the idea forward. We hail from all around the world and each add our little bit of color to the impressionist painting we are creating. While this diversity has helped make us a global player, it also creates opportunities for exercising corporate responsibility.

When some of our Ft. Lauderdale-based crew suggested to provide aid after hurricane Dorian left the most populated areas of the northwestern Bahamas in need, we were open to suggestions. The devastation is widespread and the recovery effort in Grand Bahama and the Abacos will be long term. Still, we could do something. Working closely with our Floridian colleagues and those affected we found the most efficient way to utilize our resources to actually help.

Partnering with Aztec Airways based at the Ft. Lauderdale Executive airport, OSM Aviation chartered three passenger evacuation flights to Florida, departing from Freeport, Marsh Harbor, and Treasure Cay. Approximately 30 people were taken out of the uninhabitable environment Dorian left in its wake. In addition, the empty repositioning flights provided an opportunity to import badly needed supplies to the hardest hit areas. Thank you to all of our stakeholders for being a part of this effort. Even a drop in the ocean causes a ripple. 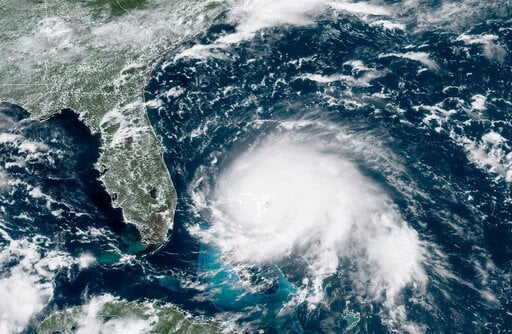 Hurricane Dorian was the most intense hurricane on record to strike the Bahamas at a Category 5, and is regarded as the worst natural disaster in the country’s history. The hurricane struck Abaco September 1. The resultant damage to these islands was catastrophic; most structures were flattened or swept to sea, and at least 70,000 people were left homeless.

Do you want to explore our services? See a full overview of OSM Aviation’s Services.